At least according to Senate Majority Leader Harry Reid, President Obama is a tea party anarchist for denying the fact that Obamacare is the law of the land. Here is Reid in September of last year:


We’re not going to bow to tea party anarchists who deny the mere fact that Obamacare is the law. We will not bow to tea party anarchists who refuse to accept that the Supreme Court ruled that Obamacare is constitutional,” Reid said in a blistering opening speech. “The simple fact remains: Obamacare is the law of the land and will remain the law of the land as long as Barack Obama is president of the United States and as long as I’m Senate majority leader.

Now we have yet another in a long line of unilateral changes made to Obamacare by the president himself:


ObamaCare's implementers continue to roam the battlefield and shoot their own wounded, and the latest casualty is the core of the Affordable Care Act—the individual mandate. To wit, last week the Administration quietly excused millions of people from the requirement to purchase health insurance or else pay a tax penalty.

At least the president is becoming aware that all of this tea party anarchism of his is somewhat embarrassing. This latest change was hidden in a technical bulletin and received none of the notice that accompanied the other major changes.

...to find out that there's cronyism going in here!

Surprise, surprise. It looks as if the Obama administration, which was the major shareholder in General Motors, decided to look the other way when reports of malfunctions of GM cars were rolling in. Coincidentally, around the same time there was a full-on attack against Toyota by the very same administration agency.

Remember, it's all about the children

Speaking of union goons, at the bidding of the local teachers' unions, New York mayor Biin office.l DeBlasio recently kicked some charter schools out of their facilities.  Here are some of the children that DeBlasio and the teachers' unions have thrown out onto the streets: 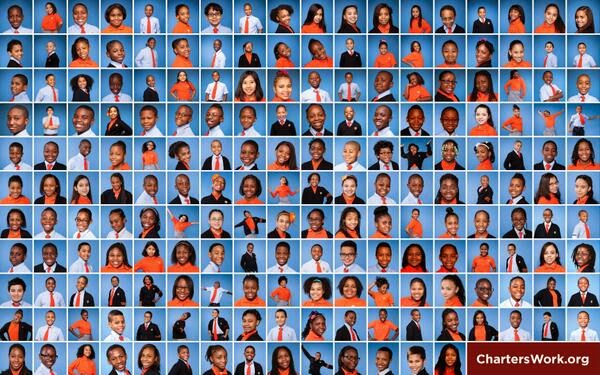 These children are viewed as the enemy by the mayor and the teachers' unions who helped put him in office.

There are two arenas of American life where goons are given wide latitude to ply their trade without fear of legal repercussions: the National Hockey League and union organizing. As Alec Torres outlines,


Labor organizers and union enforcers are exempt from important criminal laws in some of the country’s largest states. California, Illinois, and Wisconsin are among the states that allow union members to stalk, harass, and threaten victims — so long as they are putatively doing “legitimate” union business.

Now, reasonable people can disagree about the benefits of unions, but is it reasonable to allow thuggery in the name of one side of a reasonable disagreement?