Remember all that nonsense about peak oil?

Doomsayers in 2007:  "The world has reached the point of maximum oil output and production levels will halve by 2030 -- a situation that will eventually lead to war and disaster, a report claims."


The flood of North American crude oil is set to become a deluge as Mexico dismantles a 75-year-old barrier to foreign investment in its oil fields...The doubling in Mexican oil output that Citigroup Inc. said may result from inviting international explorers to drill would be equivalent to adding another Nigeria to world supply, or about 2.5 million barrels a day.
That boom would augment a supply surge from U.S. and Canadian wells that Exxon Mobil Corp. (XOM) predicts will vault North American production ahead of every OPEC member except Saudi Arabia within two years. With U.S. refineries already choking on more oil than they can process, producers from Exxon to ConocoPhillips are clamoring for repeal of the export restrictions that have outlawed most overseas sales of American crude for four decades.

Greg Mankiw has a must-read post that describes very neatly how much of the talk about income and inequality is tainted by bogus income measures.  To wit, a paper by Piketty and Saez, which has received a lot of attention the past couple of years, used tax data to show that real median income rose by only 3.2 percent between 1977 and 2007.  But, because

After accounting for these things, one obtains a 36.7 percent increase in real median income over the period.

I wish him well in his treatment: Joe Biden to announce mental health push 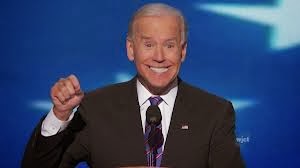 The Pope should NOT shut up

An earlier post of mine "Does the Pope read Tom Woods?" lamented some of the lame leftist support for Pope Francis's recent comments on economics. Many, if not most, of these lefty lame-os were happy to hijack the Pope's moral authority to push statist economic policies, while ignoring the greater part of the Pope's document, which had little or nothing to do with economic policy. My post also lamented the Pope's misunderstanding of basic economics and his failure to appreciate that the freeing of markets has raised billions out people out of poverty over just the past two decades.

Can a TV be worth a kidney or a child?

I'm thinking of getting a new TV, but I'm not sure what to get. Samsung has an 85 inch model for just under $40,000 from Amazon (free shipping and AA batteries!) that looks pretty good, but the reviews are somewhat mixed.

Back in 2007, a number of climate 'scientists' were exceedingly confident that the polar ice caps were on their way out.  In fact, it was even predicted that the Arctic would be ice-free by 2013.  In what has become a pattern, the dire predictions were not just incorrect, but were the opposite of the truth.  Leave it to Mark Steyn to put it most succinctly: Ice Everywhere, But No Hockey Sticks.