Some highlights from today's release of The Employment Situation - April 2012 from the BLS, with my clarifications in italics:
As I have posted about several times, all of the relevant information is captured by the employment to population ratio, which has been stagnant since late 2009. 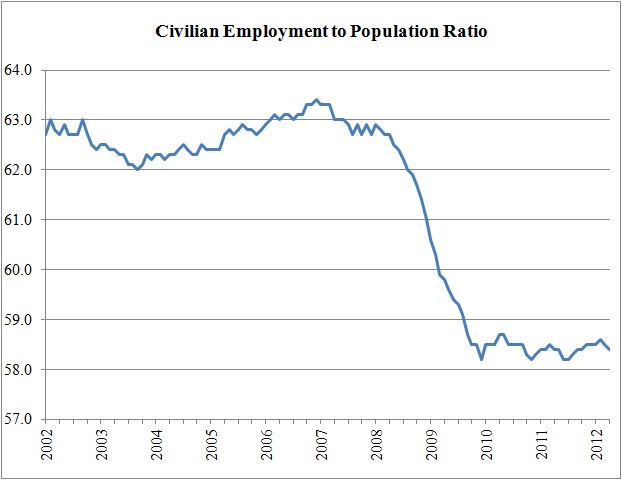