When will the St. Louis economy recover?

The rosiest scenario is two more years. According to the most recent estimates of payroll employment for the St. Louis metro area, only a quarter of the 84,000 jobs that were lost during the recession have returned. This is according to my institute's estimates, which actually show a stronger recovery than do official data. 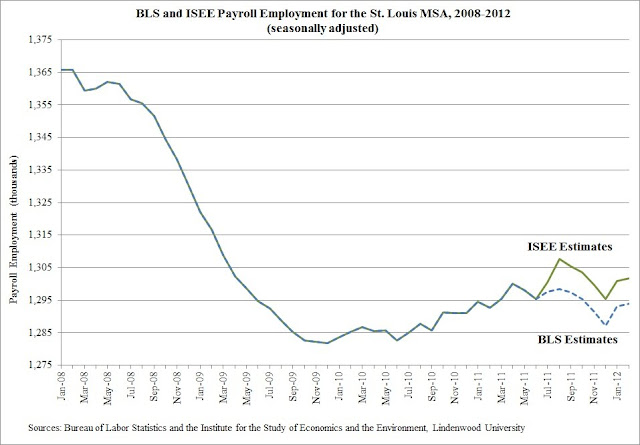 If we continue at the rate of the last 12 months, it will take another 8+ years to get back to the pre-recession level of employment. Even if employment growth was at least 30,000 per year, which was last achieved in 1994, it would take two more years to recover to the pre-recession level. Keep in mind, however, that full employment is higher than this because there are more working-age people than in 2007.